As a Personal Stylist I generally see clients on a one to one basis but every so often I’m lucky enough to style a band. This time it was Area 51. 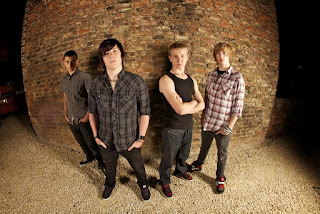 I met Area 51 back in June (just a week before Download festival which they attending in the lap of luxury thanks to a fan!). They were representing Bristol nationally in the National Grand Final of Live & Unsigned 2010, at the O2 in London, and I’d been asked to help them to pull together a style that would reflect them as a band… I of course, jumped at the opportunity. Before I met them I’d been told that they met at Taekwondo and are all now at Black belt level and above – so I was a little nervous!

I needn’t have been though, as when I met them for the first time I was struck by how warm and welcoming they were – It was great to meet them all. They’re so determined to reach stardom yet their down to earth personas prevent this from being off putting.

The band is based in Chipping Sodbury, Bristol, and has an overwhelming amount of support from their families. They need it too, as although they’re quite young – Matt Holloway (age 16) vocals & rhythm guitar, Ed Allonby (age 17) bass guitar, Ellis Reed (age 15) lead guitar & backing vocals & Luke Holloway (age 14) on drums, they’re surprisingly mature for their age and are quickly going to go far!

Influenced by the likes of Kings of Leon, Thin Lizzy, Bullet For My Valentine, Metallica, Nirvana and Guns And Roses; Area 51’s growling, heavy, yet melodic sound has already earned them a huge following and rightly so. The guys regularly perform their own tracks, as well as covers at local festivals, charity events, pubs & private parties. They’re constantly perfecting their performance giving us plenty of opportunity to watch them in action. Their next gig is at The Tunnels on 13th August, but if you can’t make that then they’ll be at the Louisiana on 25th August and the Cooler on 2nd Sept. (for more gig dates visit www.myspace.com/area51cs )

For a sneak peek of what to expect, watch them playing at the finals in the O2 here:

The Final went so well, and even before they played they were amongst the top two bands with the most votes via texting! Throughout the competition they were commented on as being “mature beyond their years” and really impressed Annie Nightingale and Ras Kwame (two of the judges) from Radio 1. They finished in the top five which is a massive achievement for what was probably the youngest band in the competition – they should be very proud of themselves.

It was fab to spend so much time with the guys, not only are they warm, friendly and funny; they let me do my job and didn’t complain when I asked them to try on clothes that they’d never have gone anywhere near normally. To be honest, I was quite sad when my job was done.

Our last session ended on a high though, after a quick photo of the guys and me, I was treated to a signed copy of their latest 8 track album ‘Faded Days’, followed by my very own personal gig – a day to remember guys, thanks. 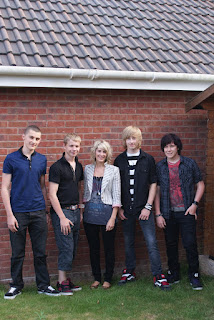 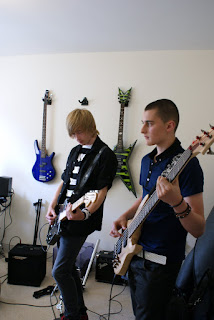 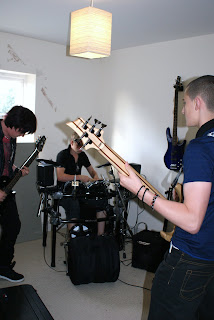 (The three image above were taken by me)

Here are some shots from their latest photo shoot with Helen Field, (All images copyright © Helen Field 2010. All rights reserved). If you’d like to get in touch with Helen then you can contact her via mobile: 0770 905 7949 or email: helenfieldphotography@gmail.com 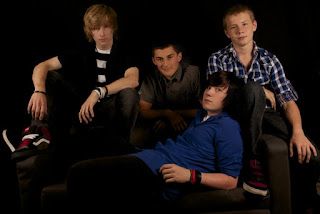 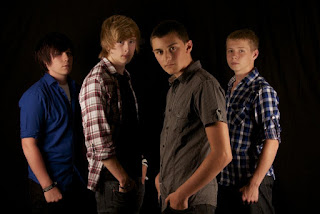 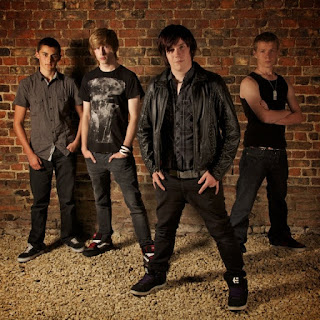