Al and I visited Las Vegas back in 2002 when we backpacked for three months through America, Australia, New Zealand and India.  For the USA leg of our trip we traveled from San Francisco down to LA, passing through the Grand Canyon, Yosemite and Las Vegas.  And I can tell you now that Las Vegas was the only place on our entire trip that we didn’t enjoy.  We’d just spent a few nights camping at Yosemite and weren’t really in the right frame of mind for Vegas, plus we were were on a VERY tight budget  – I just remember us walking up and down the strip, in the height of summer, complaining about the heat and how expensive everything was. We didn’t hang around for long and said that we’d never go back…

Fast forward to January 2016 – we’re living in the USA and Al has to travel to Vegas for work. So what do we do? We book flights and a couple of nights in a hotel, and head there for a long weekend before Al starts work.  Had the flights and hotel not been such a good deal, I probably would have stayed in Pittsburgh, but I’m glad I didn’t.  It turns out that we missed so much when we visited the first time, I mean we didn’t even venture into Downtown Vegas and see where it all started!  I’m sure there are some attractions that weren’t there back in 2002, but we really should have made more of an effort to dig a little deeper.  Anyway, I think we made up for that this time.  We saw the strip a little, but we spent most of our time exploring Downtown, and discovered some real gems!

Would I go back to Vegas? Probably not (two trips is more than enough).  Would I recommend it as a destination for a long weekend?  Yes, I think I might!  But only if you venture further than the strip! 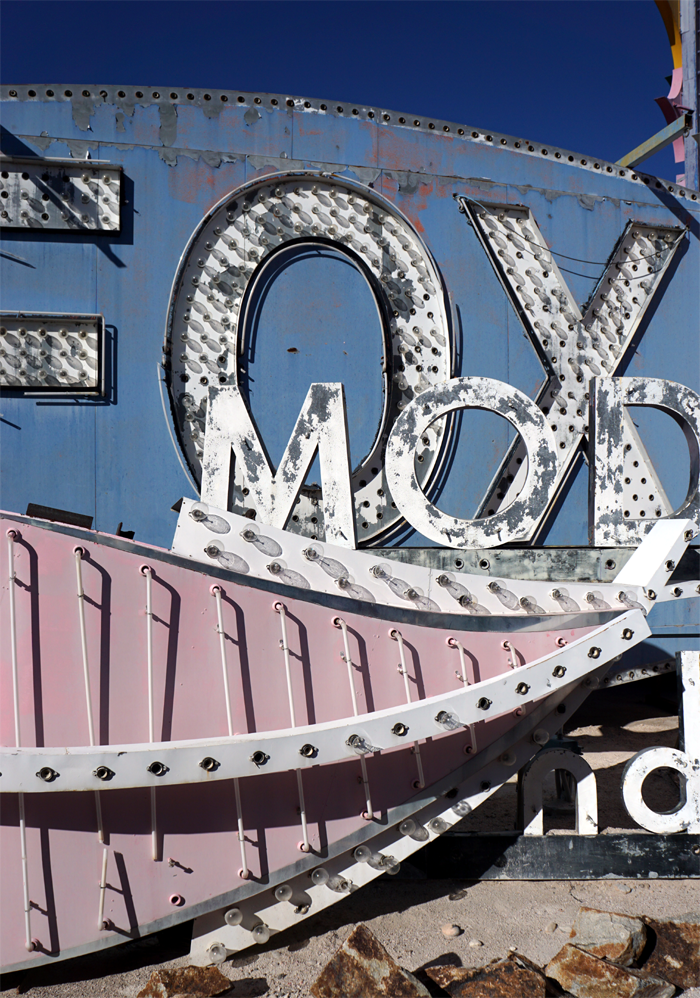 FAVORITE PLACES TO EAT AND DRINK

Double Down Saloon
Dinos Bar – Each ceiling tile is hand painted by local artists.
The Wynn for a fantastic Bloody Mary
Sushi Samba for FANTASTIC sushi!
Makers and Finders cafe

FAVORITE THINGS TO DO

The Neon Boneyard to see all the old neon signs
Grab a stupid sized drink and walk around The Strip
Walk around the Art Square
Visit the Container Park – a little independent shopping center built from old shipping containers
Walk around Downtown
Hit up some of the dive bars
Walk The strip at night.

Las Vegas is best seen on foot so I made sure I packed a pair of shoes that I knew I would be able to walk in for hours…these converse were perfect.  As was my leather jacket which I threw over most outfits while we were there as it wasnt’ as warm as I’d hoped it would be.  I wondered if I would feel a little scruffy while we were in the Casinos, but I didn’t, there was such a mix of people and styles that it would have been hard to feel over or under dressed! 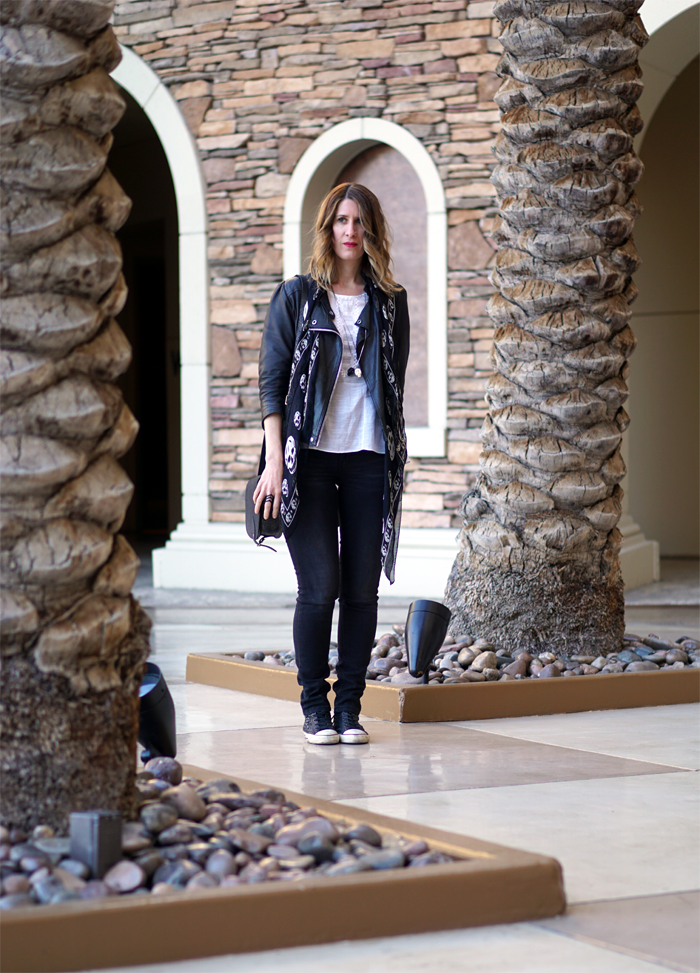